Music Carries Us Through the Pandemic 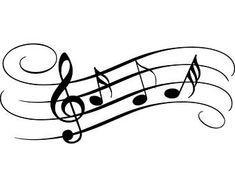 Even in a year like no other, students are still auditioning, participating and performing!

Auditions were held last year, 2020, in October and results of qualifying scores were made public in late November. In a normal year the students who qualified would attend an in-person 2-3 day conference in late January the following year.  During this conference, the students would have had rigorous rehearsals and sectionals for a full day or two with special guest conductors.  All this would have culminated in a final performance at the end of the music educators conference. However, in a year when the pandemic has turned the world upside down, students have had to adapt and be celebrated and acknowledged by their school community.

The ensembles that did not have the celebrated conferences were the Jazz Band, Tenor/Bass Choir, Treble Choir(Soprano and Alto voices), Symphony Orchestra, Symphonic Band, and Wind Ensemble.

Tenth grader Anna Humphrey auditioned and was given a qualifying score! She would have been representing PCS in the select 45-person Treble Choir. The audition required that students sing two major scales, one chromatic exercise, a lyrical melodic line, and part singing for a Bach Chorale.

Humphrey came prepared and ready to record her audition.  Her preparation and confidence showed when the whole audition process was finished in less than an hour!

As a very talented and mature sophomore, Humphrey holds leadership positions at school with Student Council (StuCo) and has been a great leader in choir and vocal ensemble.

And so we at PCS congratulate Anna for her commitment to her craft, academics and leadership roles at PCS! We are proud of you!