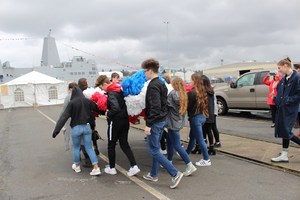 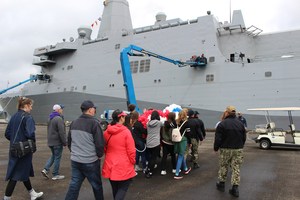 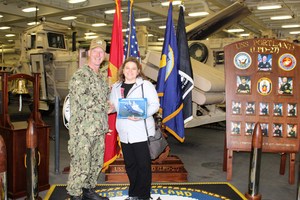 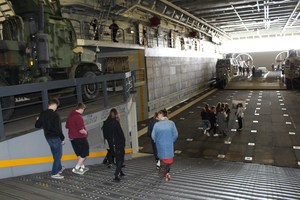 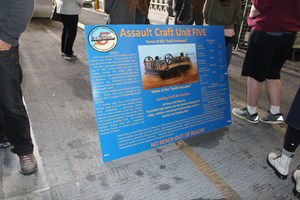 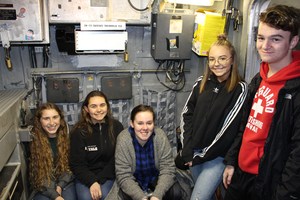 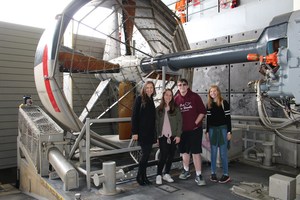 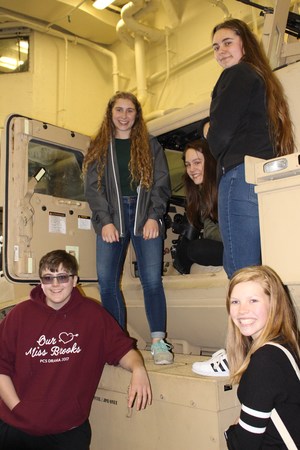 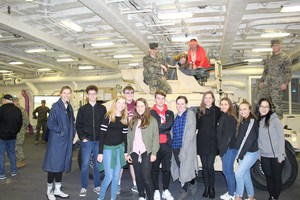 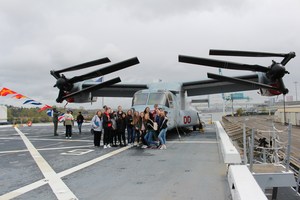 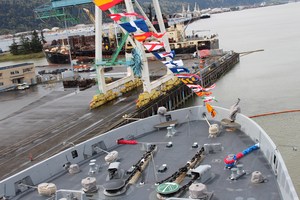 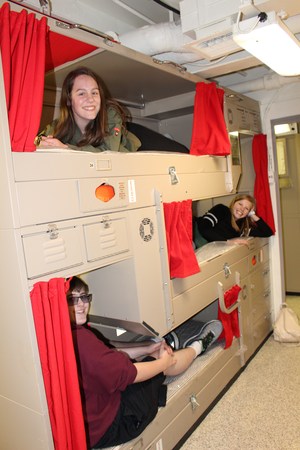 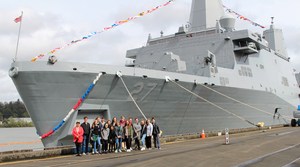 When Mrs. Sherri James, principal of PCS Jr/Sr High School received a phone call from a navy officer’s wife, she was surprised to hear the nature of the call.

The name of our school had caught her attention as she was looking for a school to create the commissioning lei for the navy ship USS Portland (LPD-27).  This San Antonio class amphibious transport dock ship is named for our maritime city, Portland!  As a newly inaugurated National Art Honor Society (NAHS) and National Junior Art Honor Society (NJAHS) at the school, the students were looking for a project to fulfill their service hours.  Creating the lei was a perfect fit!

Art teacher and NAHS/NJAHS advisor, Mrs. Sarah Whitley shared, “Creating the 150-foot lei took around ten hours to construct with 15 students. All of our hard work paid off when we were able to hand off the lei to the USS Portland on April 16. It was an honor to be asked to create something special that will mark the commissioning of the USS Portland and will stay with the ship for years to come. We were also given the opportunity to tour the USS Portland, which was an eye-opening and humbling experience.”

The NAHS/NJAHS students, chaperones, Mrs. Whitley, and principal, Mrs. Sherri James, met the captain and crew and were able to explore the 684 foot ship. Captain J.R. Hill presented Mrs. James with a photograph of the USS Portland with special thanks to Portland Christian Schools for the donation of the commissioning lei.

Students were able to explore the various decks, try out the sleeping berths, sit in aircraft, and check out the weapons (unloaded).  Tenth grader Allison Brist noted, “It was really neat getting to see the lei put onto the boat and be welcomed to the USS Portland.”

“It was cool to see the inside of the ship and the people working on it. I am happy that we had a chance to create the lei for them,” said Anissa Chak, 12th grade.

The commissioning, a traditional ceremony representing a ship’s acceptance into the active fleet of the United States Navy will be held on April 21, Saturday at the Portland Marine Terminal #2. For information about the USS Portland (LPD-27), visit http://ussportlandlpd27.org/index.php